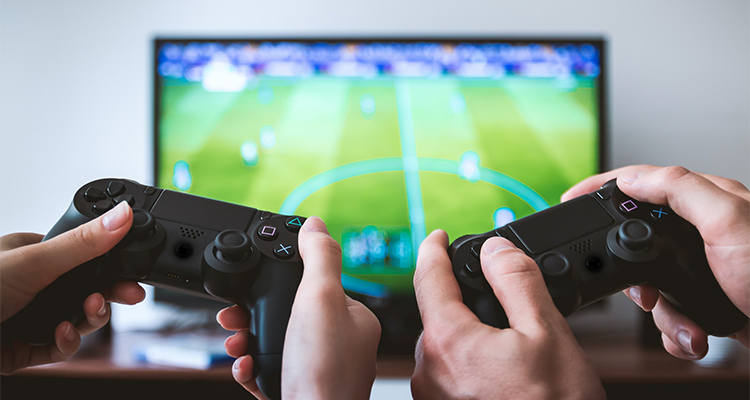 Lucas Swisher, a missionary in Brazil and an English teacher, uses his love of outreach and his passion for video games to create friendships, deepen connections, and disciple people from around the world. Although gaming may seem like an unusual method, Swisher has found it to be a good outlet and a practical way to build relationships.

“A lot of the pastors I was teaching English to, we didn’t have a lot of time to connect, so my only outlet for creating relationships and connecting to people was through our church. I started talking to a few guys there and we found a mutual enjoyment of video games,” Swisher said. “So many times during those encounters, our video game time turned into God time.”

When his family moved to a different city, Swisher decided to formalize his informal outreach. His students were always surprised that a pastor and missionary had experience with playing games and could engage in conversation about them. As time went on, those conversations moved into deeper topics oriented around God and the Bible.

“Those who hadn’t ever thought of those games with a God connection or a biblical connection were intrigued, and so was I,” Swisher said.

Soon enough, a group of seven, ranging from high school age up to career professionals, started having biweekly virtual gatherings. They called these gatherings God and Gaming Time. They leaned heavily towards the gaming side at the beginning, sometimes only squeezing in a few minutes of Bible study or prayer, but as the group got closer, discussions about God started to expand.

“It then became an hour of video games and then three hours of talking about God,” Swisher said. “It became a weekly practice, and now it’s gotten to the point where we hardly game at all. Most of our time is talking about God and sharing with each other, being accountable.”

When the COVID-19 pandemic hit and in-person social interaction became difficult, Swisher was able to continue making friendships through video games and the podcasts he started about them. He connected with people across the world who were also looking for friendship and started conducting a new group of God and Gaming Time with eight more players from four different countries. The more organic approach to discipleship paved the way for a friendship with a player in Canada who went from being agnostic to following Christ.

“We have an opportunity now to walk together digitally,” Swisher said. “It’s been an anchor in this time in my life when I’ve been so isolated.”

While God and Gaming Time remains an outreach built out of a hobby, Swisher is optimistic the ministry's future and hopes to engage more people in discipleship.

“When I watch or play something, besides just the entertainment value and the escape, the other thing I try to do is to use that as a vehicle for talking to people about life, about Christ, for connecting with people. It’s a reminder of the very unofficial way Christ fostered relationships with people.”