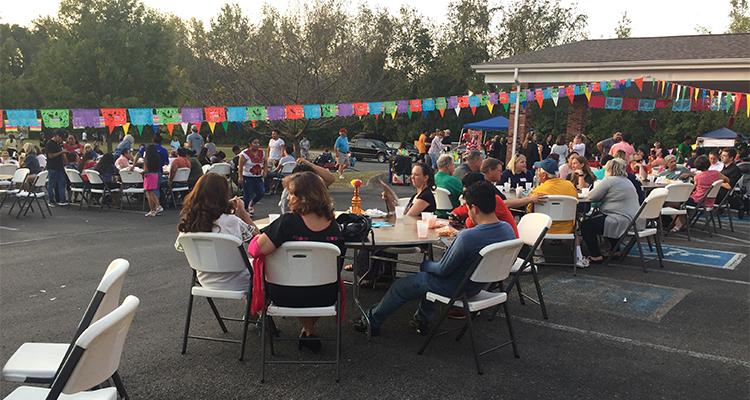 Iglesia del Nazareno Betel Hermitage became an officially organized church on 24 January 2021, a year earlier than they were hoping. When news that they were going to be an officially organized church spread to members of the English-speaking congregation they share facilities with, they were sad because they thought their Hispanic brothers and sisters were going to be moving out. While that wasn’t the case, the concern underscores the relationship both congregations have built in just four years.

Howard Plummer, pastor of Hermitage Church of the Nazarene, was at a MidSouth District Assembly when he felt prompted by a speaker who asked the assembled pastors how many churches they were going to try and plant in the coming year. He wrote down the number one. Because of a growing number of Latino people moving to the area near their church, he had been wanting to start a Hispanic ministry and congregation at their building.

“I immediately went to [the Hispanic ministries coordinator for the district] Eduardo Lelli and told him that I wanted to start one, and I asked for a pastor,” Plummer said. “So he assigned a pastor to us and told us from the beginning that he was going to give us a pastor that every time he preaches, the altars are full.”

After Ramón and Alma Rosa Gonzalez arrived at the Hermitage Church, Plummer and the staff gave them a tour, making it clear to the Gonzalezes that they would have equal access and priority for every facility. That gesture and the staff’s faithfulness to that promise set the tone for their relationship over the last few years.

“As the scripture says, love is the element that binds everything together,” Gonzalez said. “We are one family. Language has not been a barrier. For the last four years, it has been a great journey together.”

“On that day, we also celebrate the partnership we have with our English brothers and sisters,” Gonzalez said. “We celebrate the independence festivities and we reach out to the community. In a way, we kill ‘three birds with one stone.’”

The English-speaking church membership was on board with the partnership from the beginning.

“Our relationship with them isn’t like [the pastoral staff] are the only people who get along together,” Plummer said. “I can’t emphasize enough how it was a whole church buy-in. From the very beginning, it’s never been a hard sell. There has never been anything that we had to guilt or oversell people about. It has just been this very natural melding together.”