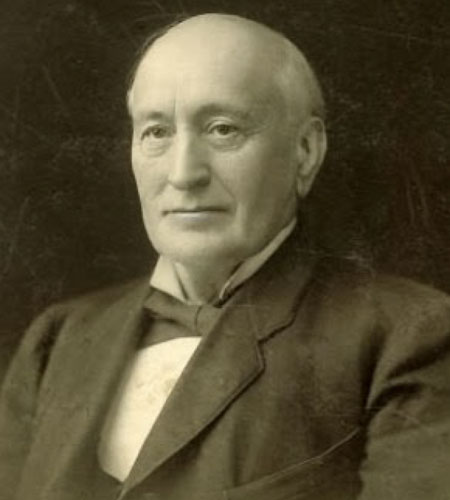 The publication in 1995 Carl Bangs’s biography of Phineas F. Bresee moves our understanding of early Nazarene history forward a giant step. Bresee has been the subject of various biographies large and small, but Phineas F. Bresee: His Life in Methodism, the Holiness Movement, and the Church of the Nazarene is the first written by a seasoned and internationally known scholar.

The book’s perspective differs sharply from that of earlier Bresee biographies, which examined his life from the standpoint of his role as a Nazarene founder, abbreviating his Methodist career—25 years in Iowa and 12 more in California. By contrast, Bresee’s Methodist ministry occupies over half of the new biography, for Bangs asks the simpler, but fundamentally different, question: “Who was Bresee?” This simple leading question has resulted in a different type of biography from its predecessors. Bangs demonstrates ably in the process that to understand the meaning of the Church of the Nazarene for Bresee, one must first understand what Methodism meant to him.

•  First, Bangs builds the case that Bresee’s holiness theology was firmly rooted in Methodism.
•  Second, Bangs shows how crucial the Iowa ministry was in Bresee’s development.
•  Third, Bresee’s practice of mixing business with religion, and its unfortunate consequences, are considered fully and in more detail than in previous accounts, and is placed in a new light.
•  Fourth, the new biography shows Bresee’s rise to prominence in California Methodism between 1883 and 1892.
•  Fifth, it provides brand new material on the circumstances surrounding Bresee’s withdrawal from the Methodist ministry, his ouster from the Peniel Mission, and the origins of the Church of the Nazarene in Los Angeles.
•  Last, the book shows how Bresee’s lifetime of reflection on the church and its ministry affected the theology and practice of Los Angeles Nazarenes, and eventually a broader union of holiness people who compose today’s Church of the Nazarene.

There are many interesting sidelights along the way: the author’s use of the diaries of Phineas’s daughter, Sue Bresee; the storm that broke over Bresee during the year he ministered through the independent Peniel Mission; the influence of key Methodists like Leslie F. Gay and Judge W. S. Knott on Bresee, and his influence on them; the dissension that tore at the heart of L.A. First Church in 1907 and 1908, at the time that should have been Bresee’s moment of triumph; and many other fascinating strands of Bresee’s story.