Dr. Jesse C. Middendorf is a general superintendent emeritus in the Church of the Nazarene. He was chosen for the highest elected office in the church at the 25th General Assembly at Indianapolis, Indiana, in June 2001, after serving for ten years as senior pastor of First Church of the Nazarene of Kansas City, Missouri.

Dr. Jesse Middendorf was born in Nashville, Tennessee. He has been preaching since age 16, was first district licensed while a student at Trevecca Nazarene College (now University) on the Tennessee District, and ordained an elder in the Church of the Nazarene in 1969 on that district. He received his bachelor of arts degree from Trevecca Nazarene University in 1965 and his master of divinity degree from Nazarene Theological Seminary in 1968. In 1989 Southern Nazarene University conferred upon him the doctor of divinity degree. He earned a doctor of ministry degree from Nazarene Theological Seminary in 1999.

He has pastored Nazarene churches in Clarksville, Tennessee; Ashland, Kentucky; Albuquerque, New Mexico; Richardson, Texas; and Kansas City, Missouri. During the years 1985-1991 he was superintendent of the Northwest Oklahoma District Church of the Nazarene.

He has written numerous articles for various religious periodicals, has authored chapters in several books, and is author/editor of The Handbook of Christian Ritual published in 1997 and republished in 2009. 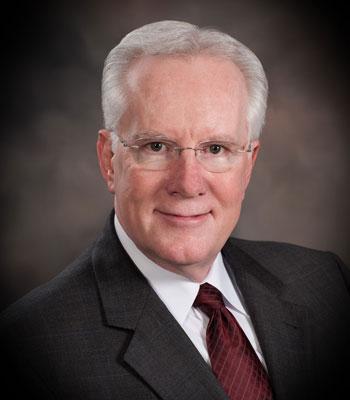