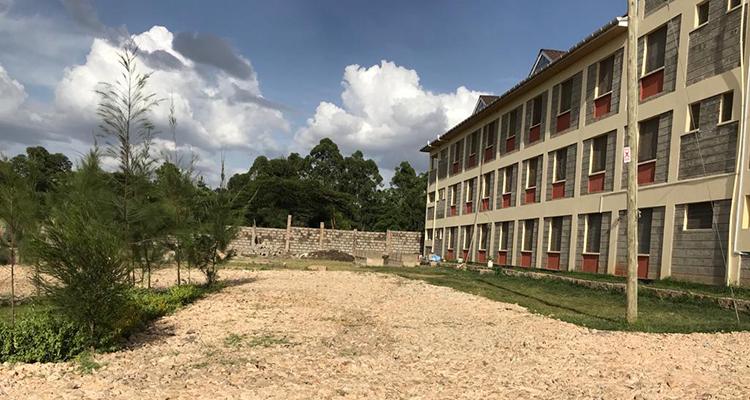 New Scent Centre in Insinga, Kenya, is home to more than 70 children and adolescents who have been victimized by sexual and gender-based violence.

Founder Flora Mwikali’s vision for the center began during her time as a youth worker. As she listened to the pain of her students and wrestled with her own traumatic past, her passion grew until, she says, God spoke clearly to her.

“Enough of talking; it is time to act,” Mwikali recalled of what God told her.

She was disappointed in the amount of money she had been able to raise, but the Lord spoke to her again, telling her to use what she had.

She obeyed, using the money to help pay for the schooling of 11 young girls who were not able to afford an education. After a month, New Scent was able to bring the students into a small room and keep them off the streets completely.

As New Scent continued to grow, the need for space became serious.

Mwikali rented an old school building and started a school of her own at New Scent. The facility allowed her to keep the children out of abusive situations during the day.

Now with more than 70 children living and going to school at New Scent, Mwikali and her fellow teachers have implemented a competency-based curriculum.

“Some of my kids are past the age of going to school and [yet] they are in grade five and six right now and are supposed to start grade seven,” Mwikali said. “If I take a 16-year-old who is in grade seven (to public school), they are going to be ridiculed.”

Along with their studies, the students go through trauma counseling and other workshops to help them cope with the past and give them a clean slate as they re-enter society.

In addition to the services centered around the students, New Scent Centre recently opened a chapel with worship services led by the students and preaching by Mwikali. The chapel recently became a preaching point within the Church of the Nazarene.

The center also includes borehole well that allows New Scent to bottle and sell fresh, purified water in local markets, continuing to raise funds for their operation. In addition, they constructed The Dillows’ House, a two-story dormitory like structure that can house up to 160 children, complete with a kitchen, dining hall, and a visitors lounge.

New Scent has become a focal point of the village with many children relying on it for their own survival. While their journey has had many challenges, Mwikali still trusts in the vision that God has given her for the center.

“The challenges fuel our faith and total dependence on God,” Mwikali said. “God has shown Himself to be faithful in the midst of so much difficulty.”