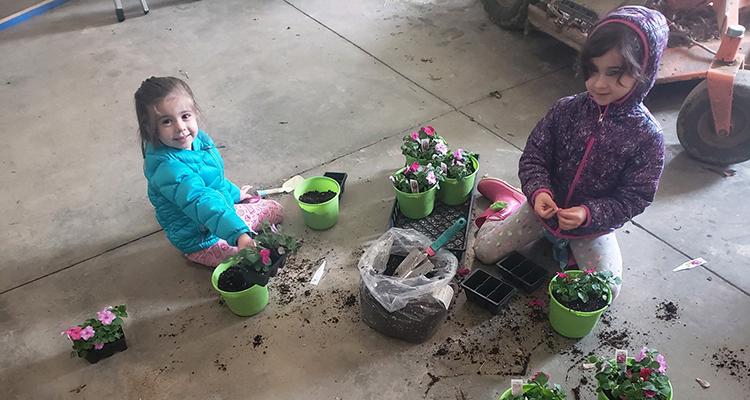 A church in Ohio is taking “from generation to generation” literally, providing care baskets and encouragement to elderly members of their congregation during the COVID-19 pandemic.

Steve and Trisha Dupler, along with their children and grandkids, have been putting together care baskets and delivering them to the elderly in their congregation. Steve, who is the pastor at Zanesville Church of the Nazarene, had been looking for ways to care for the older generation in their congregation.

The care baskets included a four-pack of toilet paper, snacks, crossword puzzles, water, and a potted plant. The family also wrote personalized notes of encouragement for each person/household that received a basket. One of the ladies who received the basket told Trisha that it “absolutely made her day.” 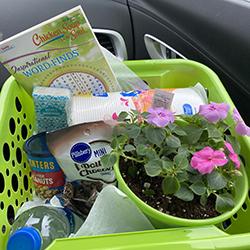 While the church has been utilizing social media, YouTube, and Zoom meetings to conduct the church’s normal services, some of the senior adults in the congregation don’t have access to those platforms to stay connected. Trisha felt like it was important to reach out to that generation in a different way.

“The senior adult group is more vulnerable to this virus,” she said. “They’re also the most isolated group. We just wanted to be able to minister to them in some way, so we came up with this idea for the care baskets.”

Along with the care baskets, Steve has been calling the senior adults and continuing ministry over the phone, whether it’s prayer, encouragement, or conversation. In his conversations with them, he’s noticed a level of fear of contracting the virus.

“So many of them are just petrified over this, and they don’t want to take a chance,” Steve said. “They’ve told me, ‘We’ll support the church any way we can, but we’re not leaving our house for anything.’ So that’s why we kind of felt like we needed to do something for them.”

The church’s efforts to minister to every generation haven’t just stopped with the elderly. Another group put together baskets filled with things, including snacks, to entertain children. They’re currently in the process of putting together potted plants for single people in the congregation.

Steve encouraged other pastors to take care of the older generations in their own congregations.

“Phone calls and cards don’t always seem like a big thing,” he said. “But right now, to the senior adults, it means so much to know that they’re not forgotten and that the church is thinking of them.”