Flags of the Nations: Canada

Flags of the Nations: Canada 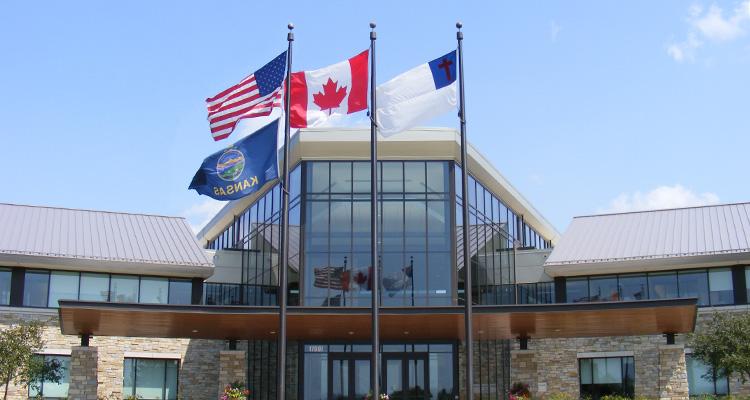 Since September 1, 2009, the Church of the Nazarene's Global Ministry Center (GMC) proudly flies a flag each week of one of the many nations in which the denomination is present in ministry. Leaders were invited to send a national flag to be flown at the GMC alongside the flag of the United States*. The national flags rotate weekly, and photos of them raised are sent to the church leaders of that country.

The Church of the Nazarene officially entered Canada in 1902.

* = The weekly highlighted flag is raised on the middle of three poles in compliance with U.S. government protocols. It flies to the left of the GMC host-nation United States flag, which flies above the host-state flag of Kansas. The Christian flag flies on the third pole.

The Global Ministry Center is the mission and service hub of the Church of the Nazarene.