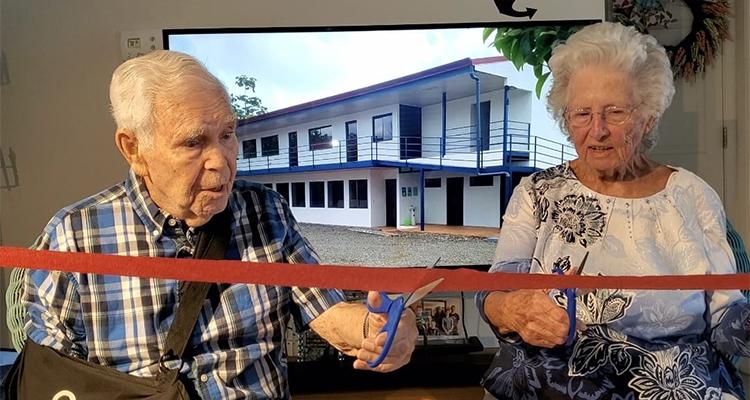 The Northern District of Costa Rica held a special dedication service for its new district center in May. It was dedicated in honor of Allen and Elizabeth Wilson, who pioneered the Church of the Nazarene in Costa Rica.

“It all started as a dream,” said Sara Martínez, who is the district secretary. “The Advisory Board felt the need to have an appropriate place to gather all the churches of the district in a place that was convenient for all.”

After praying and visiting areas across the district, they decided that the best place to make that dream come true was in Muelle de San Carlos, Alajuela, due to its geographical location.

Calvo led the dedication service, which included a symbolic ribbon cutting by Allen and Elizabeth Wilson, who attended virtually. The Wilsons’ children, Brian, Bruce, and Peggy Wilson, were able to attend in person as well as Pastor Calvo and the master builder, Victor Diaz.

Allen and Elizabeth Wilson served for 12 years as missionaries in Costa Rica, pioneering the church in the country. They served for 37 years in Latin America. In addition, the dedication service recognized the couple’s children, who also served in Costa Rica.