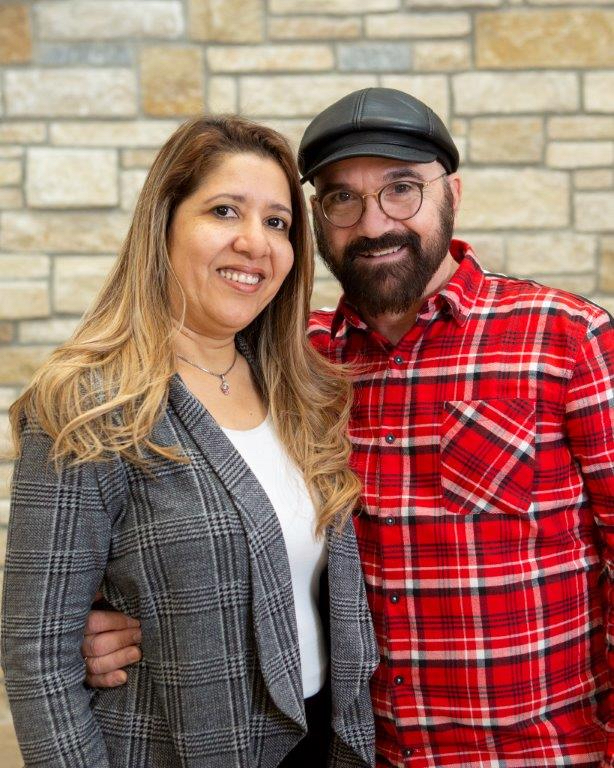 Hiram was born in Cuba and his wife Yanina was born in Venezuela. Hiram’s father was a Church of the Nazarene pastor in Cuba for 41 years and District Superintendent of Cuba for several years. Yanina was born again at the age of seven and started to serve actively in missions at the age of sixteen. Hiram accepted the Lord when he was 24 years old. Since childhood Hiram was educated in classical piano and later trained in one of the Moscow’s Universities (MIIGAiK) as an Aerial Photo Geodesic Engineer. Yanina is a university trained Communications Specialist and as such, she has handled Radio, TV, and Web Sites for the countries of the Nazarene Mesoamerica Region. Hiram and Yanina are US Citizens. Hiram has performed classical and Christian piano concerts in more than 40 States of the USA. He has also conducted leadership conferences and chaplain ministry in both Cuba and the USA. Yanina has additionally served as a leadership trainer in several countries including United States, Venezuela, the Netherland Antilles, Panama, Colombia, the Dominican Republic and Puerto Rico.

Hiram received his Bachelor in Theology, firstly in Cuba’s Nazarene Seminary in Havana, then graduating from the Evangelical Seminary of Theology (Methodist Church), in Matanzas, Cuba. Guided and empowered by the Holy Spirit, Hiram served planting several home churches in Cuba. Yanina was trained in Vision International University, from Ramona, California, earning there her Masters Degree in Theology.

In 2005, Hiram and Yanina began their joined missionary service in the United States, India and Panama and continuing until 2010.

For the past 8 years they have been Nazarene missionaries. Firstly, serving since 2010 as volunteer missionaries in the former Caribbean Regional Office in the US, helping to implementing NCM projects in Haiti after the earthquake, until 2012 when they became specialized assignments missionaries serving in the  Mesoamerica Regional Office, in Panama, Yanina as regional communications coordinator and Hiram as a secretary to the Mesoamerica’s  regional director.

They are currently pastoring the First Church of the Nazarene of Georgia whilst also leading the work of 'Help and Hope" an organisation that serves the community. Hiram and Yanina have a deep desire to continue to share the message of compassion, salvation and sanctification through their lives, testimonies and the Word of God.