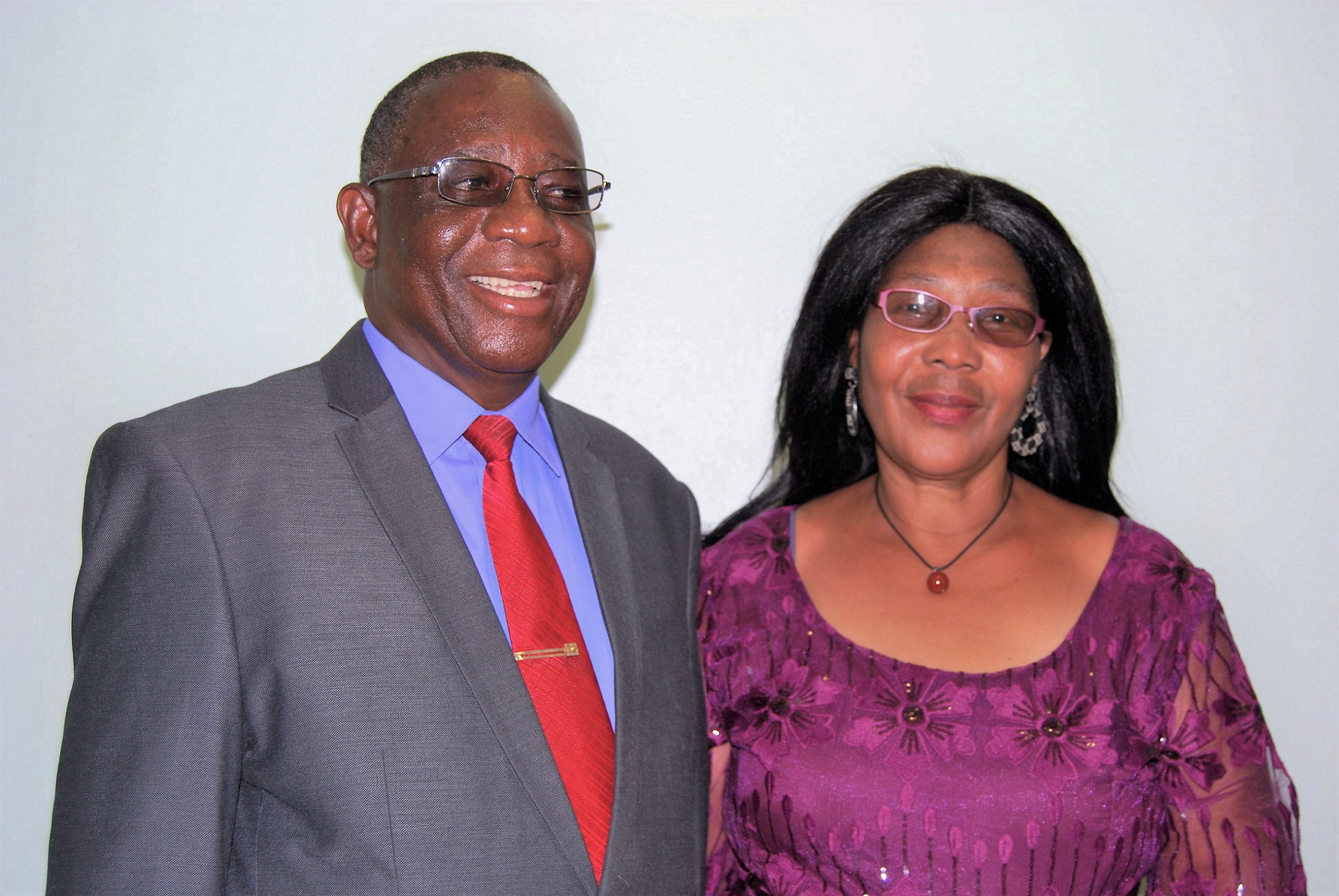 Rev. Paul Chasulwa Mtambo was born on 12 February 1958.  His parents were Lowland and Tamara Mtambo and he was the eldest in the family of six: two girls and four boys. His grandfather, Aaron Mtambo, was pastor in a Presbyterian Church and his father was also a pastor in the same denomination. So Paul was introduced to the Christian faith as a child and grew up in the church. The only thing is that they did not preach holiness.

Paul started school in 1966 at the age of 8 years and finished high school in 1978.  He passed his Cambridge Examinations and worked as a teacher and as a mapper in the Department of Central Statistics. While he was in High School, he met Beatrice who was also in high school. After they both graduated they were married in 1979.  Later, Mtambo joined the Department of Taxes and worked as a Collector of Taxes. He reported further:

In 1989 I felt a strong call to preach and shared it with my District Superintendent who was also our pastor because I was then the Lay Pastor of our church following the departure of the pastor who had health problems. The DS recommended my going to the Bible College. So I resigned my job as a Collector of Taxes in order to prepare for ministry. I must mention here that when I resigned my job, people thought I was out of my mind because no one in his right mind could resign his job in order to go to Bible College. While in Bible College, I faced many challenges. Some of them were school fees and support of my family. But the Lord demonstrated His faithfulness and provided for us miraculously. After four years of study, I graduated with a Diploma of Theology."

They first pastored the Mufulira and Chililabombwe Churches. At the 1999 Zambia North District Assembly Mtambo was elected District Superintendent. Two years later (2001) the Lord miraculously opened a door for him to go for further studies at Africa Nazarene University. He obtained a BTH degree and began working on his Masters Degree. While in Nairobi he pastored the Karen Church of the Nazarene and later the Nairobi Central Church. Rev Mtambo continued his report:

"I would like to mention that when we went to pastor those churches they were almost dead and the Lord used us to resurrect them. Also, many souls received Jesus Christ through our ministry. In Nairobi the Lord transformed the life of Stanley Mbulo who  was a street kid. Stanley received Jesus as his Lord and was later entirely sanctified. Today, he is very active in the church. At the Chililabombwe Church an old widow lady who was an alcoholic was miraculously delivered and today she is active in the church.

I saw the hand of God in many ways. During my Bible College days it was very hard for me to raise school fees and support my family but the Lord provided. One time on a very dark and rainy night I fell into a flooded river but the Lord delivered me. Just recently on the 18 March, 2008, I was involved in a serious car accident in Lusaka. I was driving my son's car when someone hit me from behind. Although the car was damaged beyond repair, the Lord protected me."

Mtambo is happily married to Beatrice and they have nine children: They are Brian, Bright, Irene, Aaron, Penelope, Darren, Evans, Victor and Blessing.

"Rev. Paul Mtambo Mrs. Beatrice Mtambo have been very active ministers in the Church of the Nazarene for several years. Rev Mtambo is among the great Nazarene leaders who have been influenced and mentored by Rev. Daniel Mokebe.  After his training for pastoral ministry, Rev Mtambo served in Zambia, where he was born, as a successful pastor, district superintendent and National Board member.  He has also served Central Africa field as Jesus film Coordinator and as a member of the Nazarene Theological College of Central Africa Board of Trustees.  During the years of study for his BTH and Master’s degrees in Religion at Africa Nazarene University in Nairobi, Kenya, Rev. Mtambo was very well known for his successful ministry as the senior pastor of Nairobi Central Church as well as for his participation in various ministries at the university."