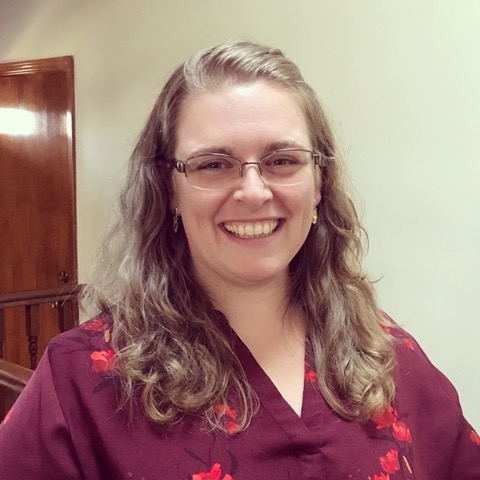 Julie McKeithen was born in Hong Kong, lived her childhood in Spain and her teen years in Argentina. Her parents were tent-maker missionaries being supported by their professional careers in classical music in Asia and Europe and later became full-time career missionaries in South America. Julie felt a call to full-time Christian service when she was 13 years old and she has been actively involved in ministry ever since.

Julie moved to the United States in 2007 to study ministry and theatre at Point Loma Nazarene University. She was involved in student ministries on campus, cross-cultural ministry, and served in worship ministry in her local church. She spent three summers working at Golden Bell Nazarene Camp and Conference Center in Colorado for teens and children and spent two summers doing Loveworks in Asia.

Currently, she has been assigned by the Church of the Nazarene, starting in July 2018, as a global missionary to the Caribbean Field. She is the Administrative Assistant to the Caribbean Field and Executive Secretary to the Field Strategy Coordinator. The Caribbean Field Office works in English but navigates with countries that speak English, French, and Dutch while the Mesoamerica Regional office operates in Spanish. Julie is living in the country of Guyana and acts as a bridge in communication and administration to help sustain the work God is already doing in the 14 districts, and 23 countries of the Caribbean. During this pandemic, she has become proficient in zoom to help the districts continue their training in all the different ministries and has also been greatly involved in the Regional Strategy of Impact Mentorship.

Julie also enjoys being a part of the local ministry in Guyana by preaching, participating in district NYI and NMI events, and playing volleyball with the youth of her church on Sunday nights.