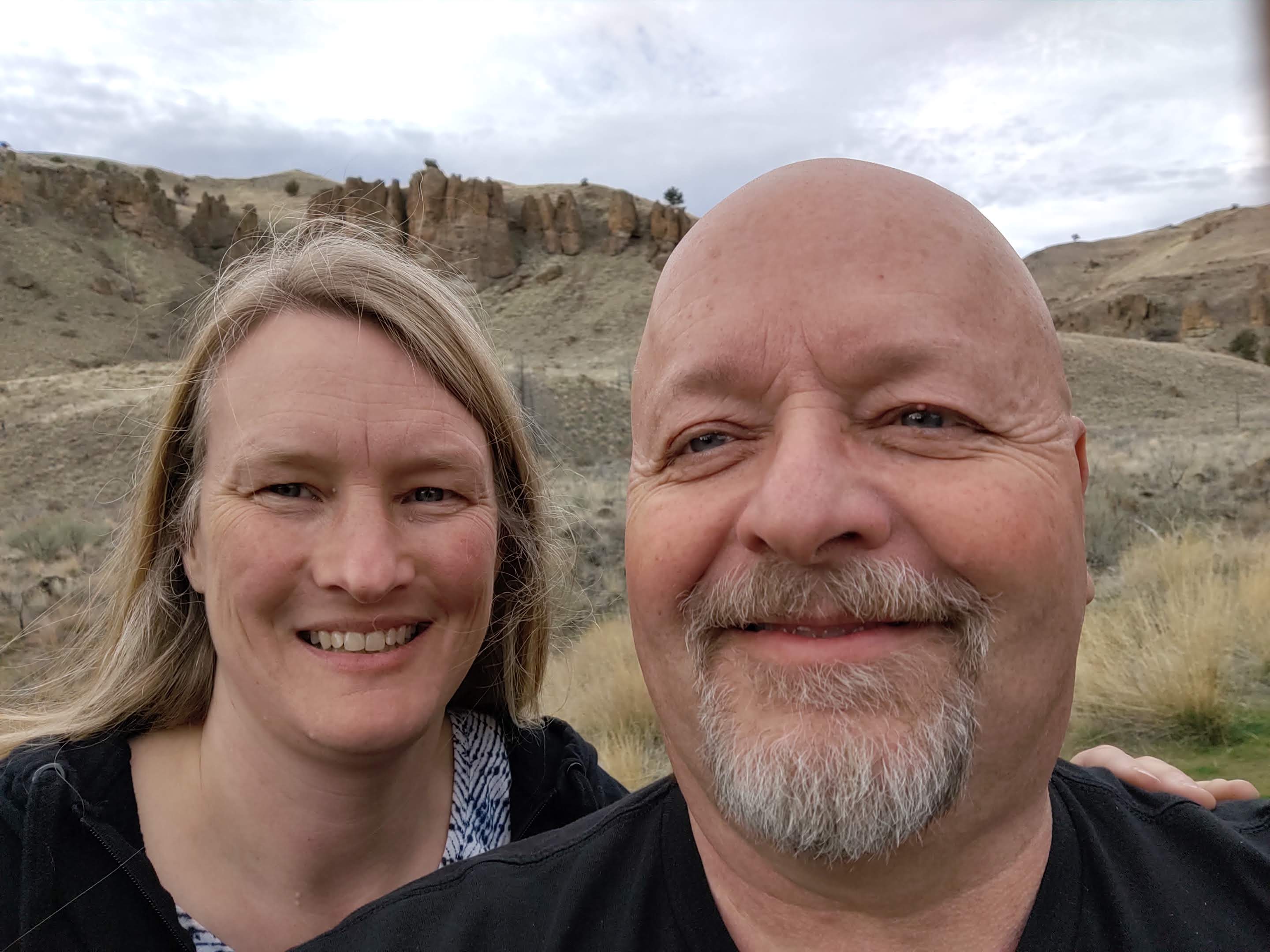 Ed Nichols was called to ministry at the age of 17, and has been a Nazarene pastor for 40 years. He has a bachelor’s degree in Religion from Northwest Nazarene College (now University). He has served in youth ministry, pastoral ministry, and as a volunteer missionary in Dominica. He has 4 grown children, and seven (eight) grandchildren.  He has a heart for pastoral development and has been involved on the district board of ministry for the past 20 years.

Kim Nichols was called to ministry in her mid 20’s and has been a bivocational classroom teacher and associate pastor in both California and Oregon. She has a B.A. in elementary education and an M.A. in Spiritual Formation from NNU. Her district service includes Bible quizzing, camp directing, and NMI council.  She has served in Mexico on short-term mission trips, and has had a heart for people in the margins, wherever she has lived.

Ed and Kim were married in 2015 and have served a local church in Oregon for the past five years.  Although surprised by the new direction God has taken them, they are excited to respond to God’s calling to serve on the mission field in Guatemala.  The cry of their hearts to the “voice of the Lord saying, ‘Whom shall I send? And who will go for us?’” is the same response as  that of Isaiah, “Here am I, send me.”  (Isaiah 6:8)