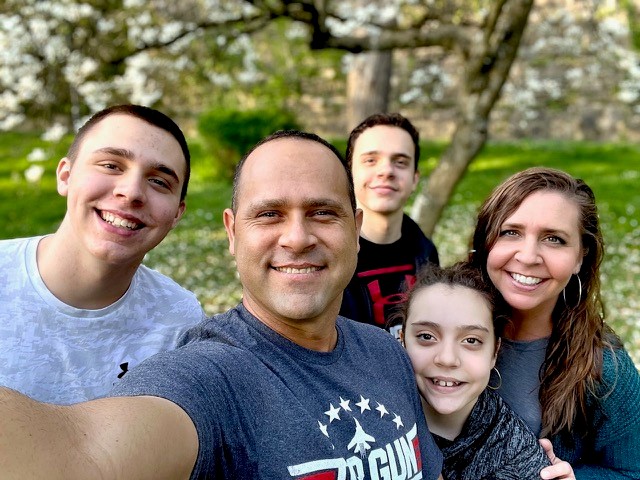 Camilo and Sara Gonzalez serve as missionaries with the Church of the Nazarene on the Africa Region. They currently serve as Work & Witness Coordinators in Equatorial Guinea, on the Africa Central Field.

Camilo, originally from Venezuela, is a graduate of Ivy Tech Community College with an Associate degree in Applied Sciences of Construction. Sara, originally from Indiana, is a Registered Nurse and graduate of Olivet Nazarene University with a Bachelor of Science in Nursing. She also holds a Master of Science in Nursing Leadership/Administration from Ball State University.

Growing up in Venezuela, Camilo worked closely with the missionaries there, learning about their ministry and becoming part of the work of the church in Venezuela. During this time, he felt the Lord calling him into full time missions. Camilo has worked in commercial and residential construction, and has served as the Music Minister and local Work & Witness Coordinator at Shelbyville First Church of the Nazarene in Indiana. Sara has worked in various nursing roles, including in the clinical setting, RN Case Management, and nursing leadership. She has also served in the local church in music ministry, Children's Bible Quizzing, as a local NMI President, and as a member of the District NMI Council. Sara felt a call to missions as a teen after her first mission trip. Their home church is Shelbyville First Church of the Nazarene, on the Indianapolis District.

Camilo and Sara have been active in and passionate about the ministry of Work & Witness with the Nazarene Church for several years, serving on short term mission teams in various countries. They married in July 2002 in Venezuela and remained there until returning to the US at the end of 2003. They received the call to Africa in 2017, serving in Cabo Verde for 2 years before moving to Equatorial Guinea. They have 3 children that join them in ministry: Landon (16), Kyle (13), and Adriana (10). The Gonzalez family has a passion for missions and is excited to see how the Lord continues to use them in ministry.