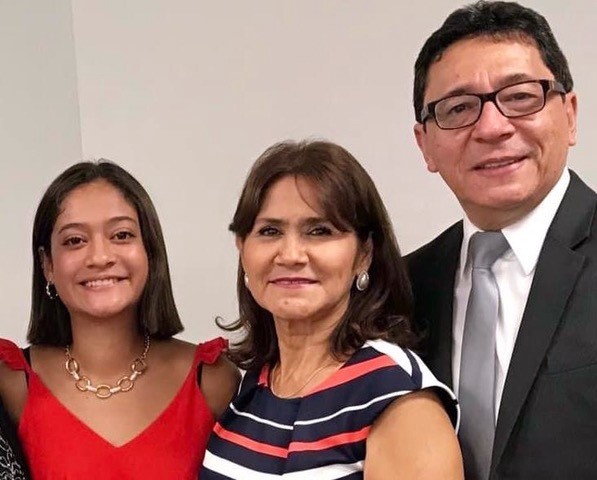 Jorge and Irma Julca are global missionaries to Argentina. He serves as president of the Nazarene Theological Seminary of the Southern Cone [of South America] located in Pilar, Argentina. Irma serves as assistant to the president and secretary of academic files. Jorge is also the regional education coordinator.

They began missionary service in August 1999 at the seminary in Pilar. Jorge was the academic dean and assistant to the president.

Both Jorge and Irma are from Peru. A year after they were married, they moved to Costa Rica to study at SENDAS (Seminario Nazareno de las Américas). This was their first cross-cultural experience. While there Jorge and Irma surrendered their lives completely to the Lord. This surrender has carried them on to serve in four Latin American countries.

Irma graduated from SENDAS in 1995 with a B.A. in pastoral theology. She was the executive secretary for Brown Academy in Lima, Peru, in 1989. Since her graduation, she has taken continuing education courses for her ministry development.

After their studies in Costa Rica, they moved to Ecuador where Jorge taught theology at the Seminario Teológico Nazareno Sudamericano in Quito. Together Jorge and Irma were administrative coordinators for the seminary conference center and deans of students. They were ordained in Ecuador; Jorge as elder and Irma as deacon.

Jorge has pastored in Costa Rica, Ecuador and Argentina. Irma serves next to him, supporting their ministry and taking care of their family. She is very active with women's ministry. She also teaches and disciples eight-to-ten year olds (pre-adolescents) in Sunday School.

The Julcas have two small children, Daniela and Camila.