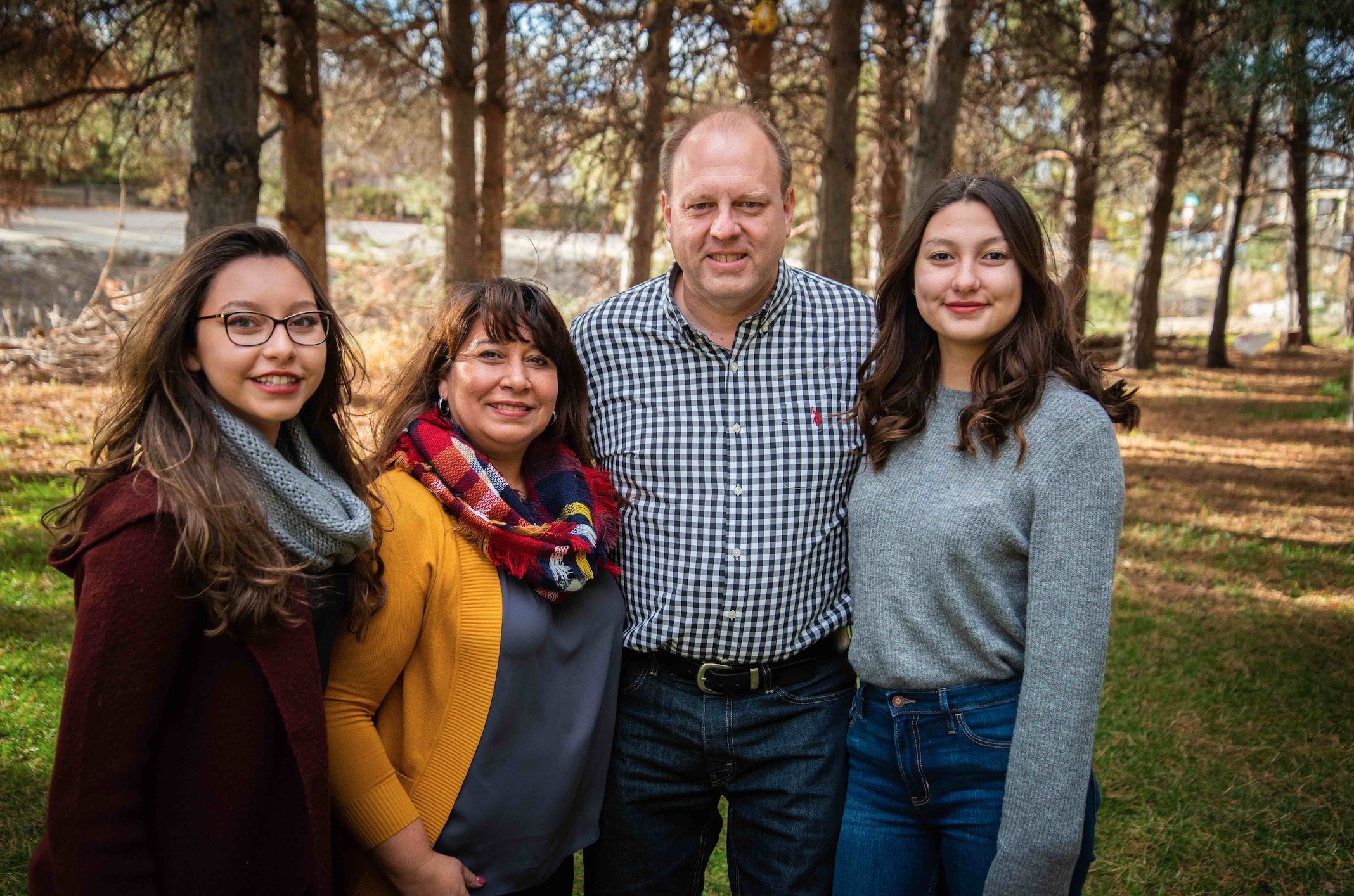 Roger grew up in Idaho and Damaris was born and raised in Guatemala. They both grew up in a Conservative Holiness church. Damaris' parents were Pastors for Emmanuel Foundation in Guatemala City where she first got her call from missions from a young age. Roger also received a called to missions at a young age and attended The Bible Missionary Church.

They both met in Guatemala on a Touching Lives for Christ trip. Soon after this trip Roger served in Nigeria, Africa for 6 months. They both attended Hobe Sound Bible College in Hobe Sound, Florida. They got married in October 1995 and have lived in Nampa, Idaho since then. They have two daughters, Heather Eunice who was born in 2001 and Kristen Isabella born in 2004 who are both very active in church activities and in school.

In 2002 they made Bethel Church of the Nazarene their home church. During the course of their married life, God has given them the opportunity to serve and minister in several short term mission trips. Damaris has served as NMI Missions President at Bethel Church since 2008 and has gone on several work and witness trips with their church. Roger has served in the Global Tech Team with the church of the Nazarene doing tech work at the Nazarene Colleges and Seminaries in several countries.

They are now assigned to the Nor-Central Area (Guatemala, Honduras, El Salvador and Nicaragua) in the Mesoamerica region serving as Work and Witness Coordinators. They are looking forward to serve in this capacity and join in the already growing ministry of the Mesoamerica Region.