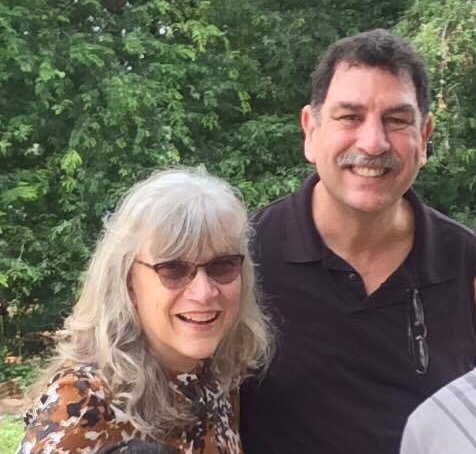 David and Naomi Phillips have served in the Church of the Nazarene for nearly 33 years.  Their vision is to for Acts 2:42-47 churches who multiply through Southeast Asia and the world reaching the unreached.

David came to Christ after getting the idea he should not be an engineer but a preacher.  This led him to talk with many pastors and preachers.  A Nazarene local preacher living across the street led David to Christ, taught him to pray and obey God and brought him to the Southport Church of the Nazarene.  Naomi was raised in a pastor's home in an independent holiness church and became settled in her faith in her early 20's.  She sensed a call to missions and began to prepare by going to college.  David and Naomi met at God's Bible College while working at the Camp Washington Chapel mission.  After David received a clear call to missions in 1983 they began to date and were married one year later, in 1984.  They continued to pastor the Camp Washington Chapel for two more years and then became assistant pastor in the Newport Church of the Nazarene.

Following the instructions of World Mission to attend seminary, David completed an MDiv from Nazarene Theological Seminar in May of 1993.  While in Seminary they continued to pastor bi-vocationally in an inner city church.  After Seminary they moved to Oklahoma.  David was ordained on the North East Oklahoma district. A short time later they accepted a call to pastor in Divine Texas and from there they were sent to the Philippines as missionaries with their two children, Amber and Nathanael, in 1998.

In 2001 David was appointed as Field Director (now called Field Strategy Coordinator - FSC) of the Philippines.  The field was expanded to included Micronesia in 2006.   During their time in the Philippines God grew His church from 200 to 350 active churches.  In August 2010 they returned to the USA for an 18 month leave of absence.  Two children's weddings and a mother's funeral later, God gave them a new direction.

In December of 2011 they were asked to go to the South East Asia Field as Field Strategy Coordinator.  They arrived there in June of 2012.  David became chancellor of Southeast Asia Nazarene Bible College from 2014-2015.  In 2015, a new Chancellor was selected allowing David to focus on the work of Field Strategy Coordination.  God is working in each of the countries that make up the South East Asia Field.  Churches are being planted and the student enrolling in the College is increasing each year.  Naomi continues to work with Child Sponsorship and with office support for the Field.  David and Naomi are seeing the results of many who labored before and God is giving the increase.